Great things come in small packages.  Truer words couldn’t be spoken when describing the country of Belize.  Though tiny in size, it’s big in heart, culture and natural wonders.

Belize is a lovely blend of Central American and Caribbean traditions.  Located on the Caribbean Sea just south of Mexico, east of Guatemala and north of Honduras, Belize has the best of both worlds.  It is the size of the state of New Jersey with a population of just 360,000.  Belize is home to many cultures including Mayan, Kriol, Garifuna, Mestizo, Mennonite, Taiwanese and Lebanese. 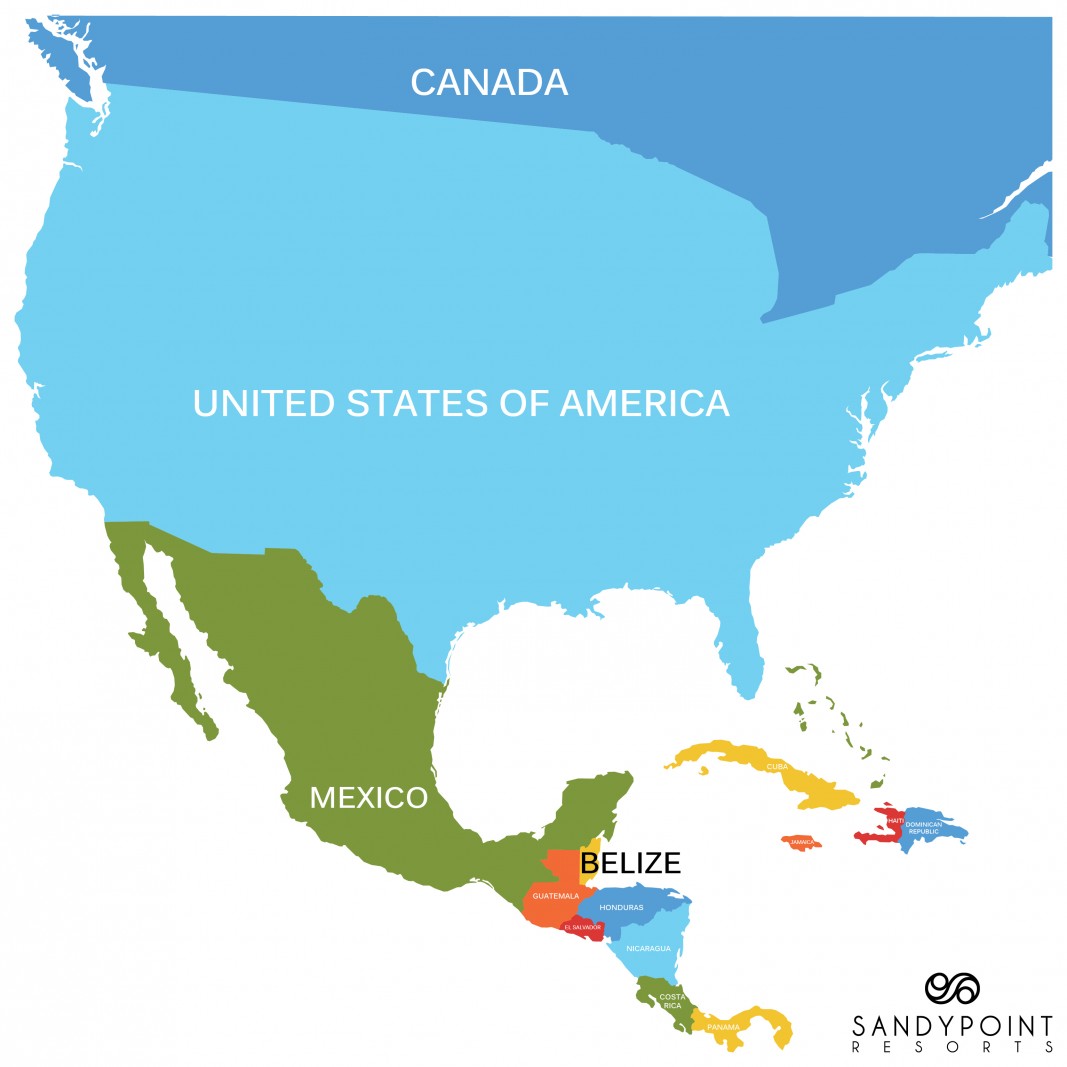 The mainland of Belize us just 170 miles north to south and 68 miles east to west.  The sheer diversity contained within is startling.  The climate of Belize ranges from subtropical in the north to tropical in the south, with the south getting up to 4 times as much rain as the north.   The Maya Mountains run through the center of the country, with the highest elevation at 3,688’ at Doyle’s Delight.  With 75% of the land still forested and 26% under one of the several protected statuses, Belize is a veritable playground for adventures.  The ancient Mayan temples are still standing and open to the public under the protection of the government, a visit to Belize would be remiss without exploring these pyramids.

This hemisphere’s largest barrier reef stretches the length of Belize’s coastline, peppered with 200 islands, or “Cayes,” pronounced “keys.”  Many of these are quite small and uninhabited with a handful of hosting year-round residents.  The crown jewel of the reef is the Great Blue Hole, one of just a few natural features that can be seen from space.  Divers, the world over flock to explore the cavernous depths of this sunken cave, home to little marine life, but with jaw-dropping formations of underwater stalactites.

The largest island is Ambergris Caye, 25 miles in length and up to 1 mile wide.  The island’s only town, San Pedro, has grown to be a widely-sought tourism destination from its humble beginnings as a sleepy fishing village.  The San Pedro airstrip is located in the heart of town and is a popular option to arrive at Ambergris Caye.  The toll bridge at the north end of town and the paved road now extending up to mile 3 north at Coco Beach Resort and Belizean Shores Resort, makes it easier than ever to vacation away from the hustle and bustle of town.  Bicycles, golf carts, and boats make up the majority of transportation on the island.

Beyond a doubt, more people come to Belize to enjoy the barrier reef than for any other reason.  The undisturbed beauty of this marine feature is unparalleled.  The reef runs adjacent to Ambergris Caye, gradually becoming closer to the island as you go north.  The relationship between the reef and the island translates into beaches that are not the wide sandy beaches found in other areas of the region, like Cancun for example. The seabeds here are an important nursery ecosystem for a multitude of marine creatures and have Seagrass or "Turtle Grass" growing. This grass can grow in the shallow waters as there is such strong protection from winds and currents by the reef. Ambergris Caye’s waters are warm, calm and shallow for quite a ways out.

Belize packs a big punch for a small country.  For more insider tips and tricks on all you need to know about getting here, check out our free guide below.