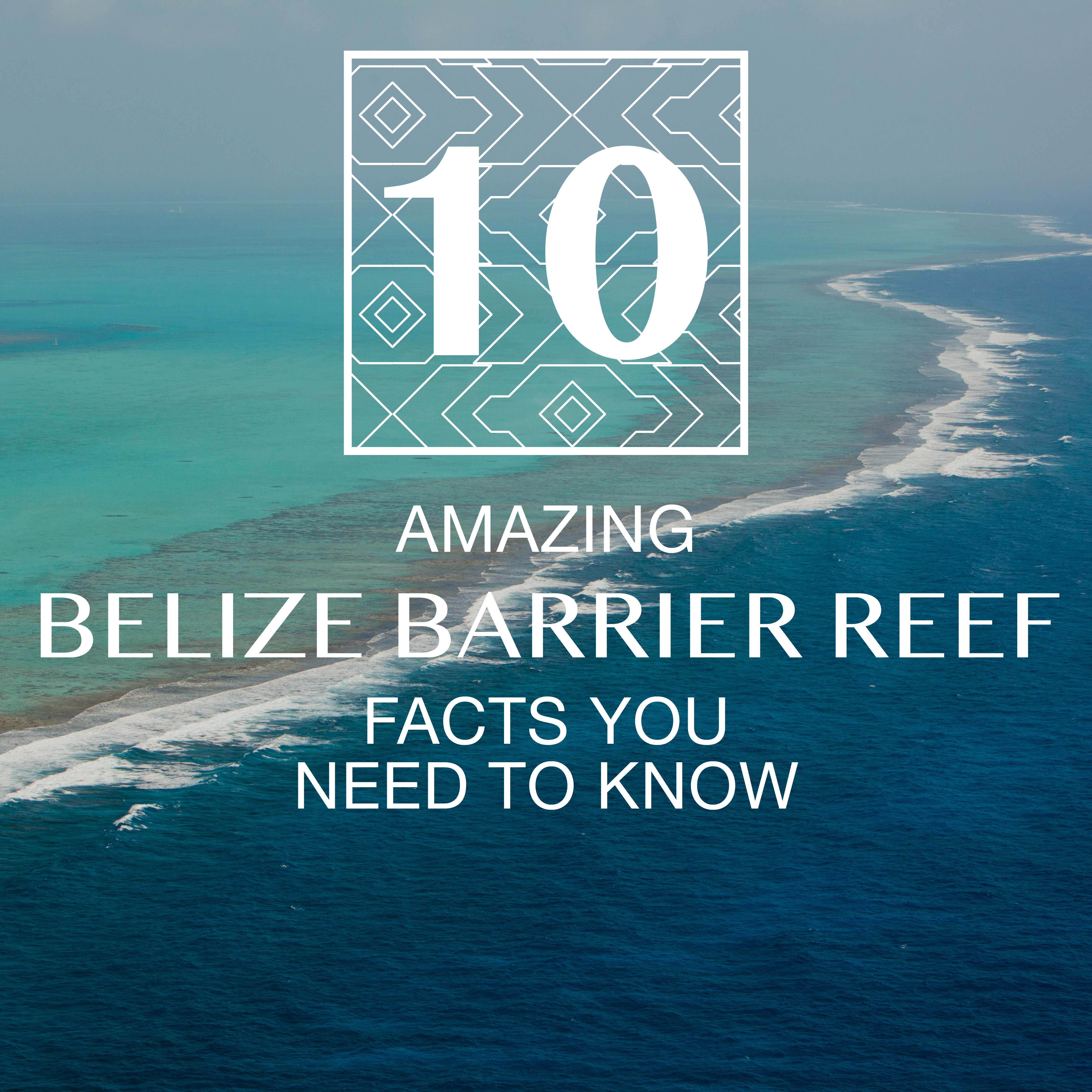 Belize is known for its diving, snorkeling and water sports. When you vacation on Ambergris Caye, you are within easy reach of all of this, and more. The island, roughly 25 miles in length, is the country’s largest Caye (pronounced, “key”). Stretching the length of the country, the Belize Barrier Reef has been and continues to be, a very integral part of the national identity. Without further ado, here are ten Belize Barrier Reef facts that you may not know.

#1. Location and size of the Belize Barrier Reef

The waters of Belize, including many sections of the reef, are part of a large network of Marine Protected Areas. Read more about their importance and history by clicking here. Fishing and marine tourism are important economic resources and conservation of Belize’s waters are of great importance. In 2010, Belize became the first country to ban bottom trawling and in 2015 oil drilling within 1km of the reef was banned. Today, efforts are underway to remove common single-use plastics by 2019 which will greatly reduce plastic pollution throughout the country.

The reef is dotted by hundreds of Cayes. Varying in size from less than one acre to more than 25 miles long, most are unpopulated. Ambergris Caye is the largest and has a permanent community and bustling tourism scene in San Pedro Town. Caye Caulker also has a resident population and is a popular tourist destination. One of the smallest islands is Carrie Bow Caye, where the field station for the Smithsonian’s Caribbean Coral Reef Ecosystems Program is located.

The Belize Barrier Reef boasts 500 species of fish, hundreds of invertebrate species and several marine mammals, including dolphins, whales, and the endangered West Indian Manatee. Other species of note are Hawksbill turtle, Loggerhead turtle, Green turtle, Leatherback turtle, and Whale Shark. There are 70 hard coral species and 36 soft coral species that make up the reef. As only 10% of the reef has been studied to date, there are likely many more species that have yet to be recorded. Check some of the sure-to-see fish on your Belize dive, here.

There are many types of coral formations and resulting marine habitats present in Belize. A barrier reef is separated from land by a large area of water and borders the shoreline. Mexico Rocks is a local snorkeling and diving site off the coast of Ambergris Caye that has large boulder coral formations. Spur and groove coral are found on the outside of the reef, long ridges of coral perpendicular to the reef with sandy-bottomed troughs in between. Fringe reefs and atolls are also found here.

Belize has three atolls, which are usually circular in shape, made up of reef and islands surrounding a body of water. Turneffe, Lighthouse and Glover’s Reef are the atolls found in Belize. Turneffe Atoll is the largest atoll in the entire Meso-American Barrier Reef System and was declared a marine reserve in Belize in 2012. Lighthouse Atoll is home to the world-famous Great Blue Hole and Half Moon Caye, which has a large breeding population of the endangered red-footed booby bird and is a Natural Monument. Glover’s Reef Atoll is located in the South of Belize and is a partially submerged atoll. The great Whale Shark migration passes through each spring in this area, diving with these gentle giants is a highlight not to be missed!

Named a UNESCO World Heritage Site in 1996, Belize’s Great Blue Hole is on every diver’s bucket list. The creation of this perfectly round coral formation occurred when an ancient cave collapsed. The site is 1,043 feet across and 407 feet deep. It was first explored and made famous by Jacques Cousteau in 1971. This stunning natural wonder can be seen from space. Scuba dive the site to 130 feet and view the submerged stalactites. For more on the diving experience, click here. There is also a popular aerial tour provided by Maya Island Air to give you a birds-eye-view.

Hol Chan Marine Reserve is a must-see scuba dive and snorkel site. Located south of Ambergris Caye, Hol Chan is named for the Mayan words for “little channel” and the main site is at a natural cut in the reef. At 30 feet deep, this site is great for new divers and for snorkelers of all abilities. The abundance of wildlife easily visible here will stun and surprise, not least of all the docile sea turtles that gather to feed on the aptly named Turtle Grass growing in the flats near the reef. Read more about snorkeling at Hol Chan, here.

#10. Beaches and the Barrier Reef

Finally, you may be wondering how the Barrier Reef affects the shoreline of Belize and Ambergris Caye. In general, sandy beaches do not commonly occur near the reef due to the resulting geology. Dive deeper into this relationship over at the Sandy Point Resorts blog and read “All You Need to Know About Ambergris Caye’s Beaches.” 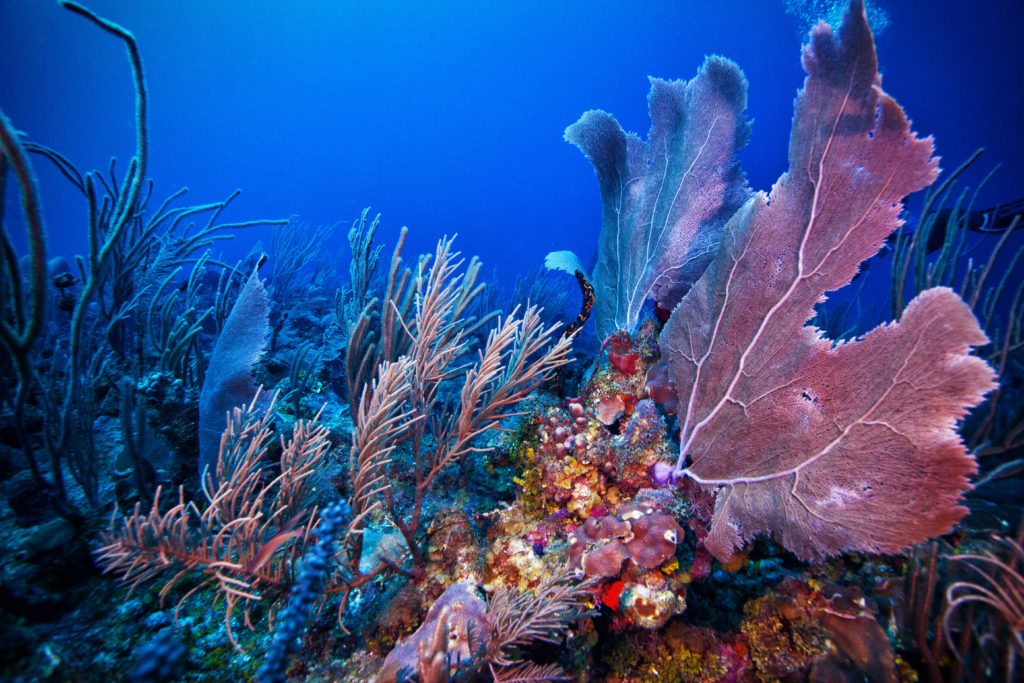